The Dimensions of Art 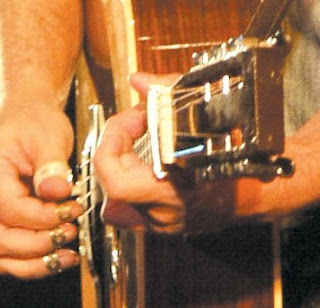 It is the difference of seeing a Van Gogh online, verses seeing it in a museum. It is hearing the album in your earbuds, verses watching the concert onstage. It's viewing the song on YouTube, verses singing the song to your family gathered in the living room on a winter night.

It's two dimensions vs three ... the great artistic war of the new century.

Years ago, all art was three dimensional. It captured all of your senses and immersed you in the baptism of another artists life and spirit. It wasn't reproduced, it was experienced. That is what art, true art, is for.

This changed with the advent of two wonderful inventions: the photograph and the record player. Let me repeat: they are wonderful. But only when they and their resultant offspring are kept in their proper place.

The photograph, which morphed into television, computer screens and iPods, captured a three dimensional soul ... whether a person or a mountain or a flower in a vase ... and relegated it down into the two dimensional world. In perfect form, this would inspire others to go out and experience the mountain, meet the person and smell the fragrance of that beautiful flower.

The same with records and radio. These musical arts that, one time, thrived in a three dimensional world of small stages and clubs and courtyards, front porches and living rooms. Soon, the art was was captured and relegated down into the two dimensional world. In perfect form, and this often worked, the record and the radio would motivate the audience to learn that song or go see that artist in person.

We are, for the first time in human history, dealing with a generation who experience art and music primarily in the two dimensional world.

And that's a shame. Kids today experience art and music in cheap $15 earbuds, computer speakers, iPods, computer screens, TV and a couple of speakers wired to their stereo. It has become a very rare thing for kids and families to see music performed in person. venues, in this economy, are closing by the dozens and America is becoming venue starved. The opportunity for three dimensional art is becoming harder to find.

Even the "star system" is designed to remove art from you, selling you on the insane idea that only the "Star" is truly qualified to play music, therefore you are relegated down to a two dimensional participant. Your role is to buy the record. The farther the music industry can push you away from your own music, the better customer you become.

As the audience surrenders to the two dimensional world, and artists loose their ability to capture their attention as two dimensional art saturates people with an endless bombardment of mundane artist efforts, we must look to other artists who figured out a way to marry the two worlds together.

Pete Seeger comes to mind. Pete released his records, went on TV when he could, got played on radio ... all in an effort to get the three dimensional world, his audience, singing. And it worked.

The finest, truest role of the two dimensional media is to get real people involved with real art.

I try to do that on WoodSongs. The two dimensional media platforms are, as I said, wonderful. And a very powerful tool to inspire. But not replace. At the end of every show I try to encourage the audience eto use what they just heard as inspiration to play their own music.

And that's what I hope you do. Use WoodSongs, successful as it is on radio, public television and online, as a wellspring of inspiration to turn it all off and play your own song. Sing to your children. Play for your friends. Re-baptize your heart in the magnificent world of three dimensional art.

It is like a wonderful paradise of music and art.

Michael
Posted by Michael Johnathon at 9:16 AM 4 comments: