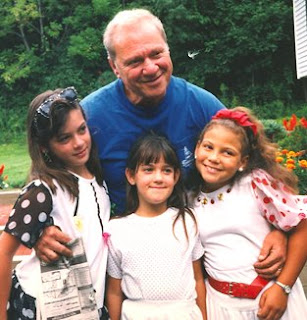 It is snowing as I look out my farmhouse window tonight.

The woods feel so silent and still, the wind is just barely there, pushed away by the soft sounds of a fireplace in the next room. Without the kids here, the house is very still, very pensive. Waiting. Waiting. Waiting for their return.

But I am torn with a lot of feelings tonight. A confusing tsunami of disappointment, regret, resignation ... and loss.

My mind is vivid with a technicolor memory of when I was still living in New York, long ago. Seventeen years old. Sleeping on a cot in the attic of a friends house by myself with everything I owned in a brown paper bag.

I had a part time job at a grocery store. I would change the prices on shelf items. They gave me a can of Lysol and a steel wool pad and I would scrub the ink off and then stamp the new prices on. A few years later that was all replaced by bar codes. But I was at my job this afternoon, an angry and ripped-to-shreds teenager that was put in a position to have leave his home.

I remember forcing myself to stay busy at my job. I needed the money now. I promised my friend I would pay rent for the little attic room. The feeling of that empty, hollow hurt in my chest is still there when I think back. I remember it very clearly. I was mad. I was scared. I was fed up.

And I was still just a kid.

And I remember looking up and seeing the tall, husky figure of him as he walked down the store isle to me. I called him dad, but he wasn't. I found out just a few years ago that I had another dad who died before I was born. That little piece of information answered a lot of things for me. I could never figure out why I was always treated differently, why I never fit in, why I didn't belong there. Then I found out. Dad wasn't my dad. And I carried this man's name publicly, but it wasn't really mine. I had two names. A public one and then a secret one that I could never say out loud. It made me not know who I was, or who I belonged to, or who I was supposed to be.

So I handled it all like I was still a kid.
Because I was.

And he walked up to me and asked how I was doing. And I said OK, too proud to ever look up. And he put his hand on my shoulder ... I don't ever recall he ever touched me before or after this day ... and said, "Let's go to the diner next door for a hamburger."

So, I put down my can of Lysol and my steel wool pad and left the store with him. That was OK, because, after all, this was HIS store and he gave me this part time job. And we sat at the diner counter and he didn't say much. I didn't say much. But he wanted to know if I was OK and he handed me some money in case I needed it. And then he left.

That was the closest I ever felt to him. I wanted to run out of the diner and grab him and hug him. I knew he cared about me. I knew that, in his heart, he didn't see a difference if I was his or not. And if left to his own inclination, he wouldn't treat me any different than my brother, who was his actual son.

But he wasn't my dad. And I wasn't his son.
And it mattered to me that I was reminded of that from others constantly.

And so I left. I left New York and went as far as I could without leaving the nation and landed on the Mexican border in Laredo, Texas and began a search, a journey that finally led me through trials and errors and stupid mistakes. I would have given the world to have a father to help me navigate through it all.

That journey led me to Melody. And Rachel. And my own son, MichaelB. And I learned from the things I missed, and try to be the best dad I can be for them. I tell them I love them constantly. They have a hug whenever they want, and when they don't expect it. I tell them that, someday, they will be in trouble. They might have done something bad that might even be their fault. They will be embarrassed or ashamed. And that's the day they will need their dad the most. And I will be there for them. No matter what. Always. And forever.

But tonight ... the snow is turning to ice tonight. And the cold is creeping into the farmhouse and I really need to put a another log in that fire. But I don't move, I don't leave this screen until I've finished writing.

Because Poppy died today.
And I didn't really know him that well. And he never really knew me. I saw him a few months ago and he was frail, no longer the husky Bull of a man I remember. I walked into the hospital room and he took my hand and he asked me how I was.

And for a moment, as I held his hand, I was seventeen again. And scared. Living in an attic and angry and alone. But only for a moment. Because I'm not a kid anymore and times and people change.

Poppy is gone, and I will forever miss the man that took me for a hamburger and sat with me that afternoon at that diner. And I will always regret that he and I never could get past what other people impuned on our relationship. I needed him, but could never tell him.

Instead, I put all that energy into my children. They are the life and light and joy of my life. And I sit here tonight, mourning my step father's passing ... a man I really never knew very well. Writing in this farmhouse thinking of my children ...