MOUSIE HIWAY: The Adventures of BANJO MOUSE in Appalachia


It was a fun, exciting goal ... put on hold for a while. MOUSIE HIWAY: The Adventures of BANJO MOUSE in Appalachia is the first in a series of children's books that involve music, a good story, a fun character and a valid lesson. 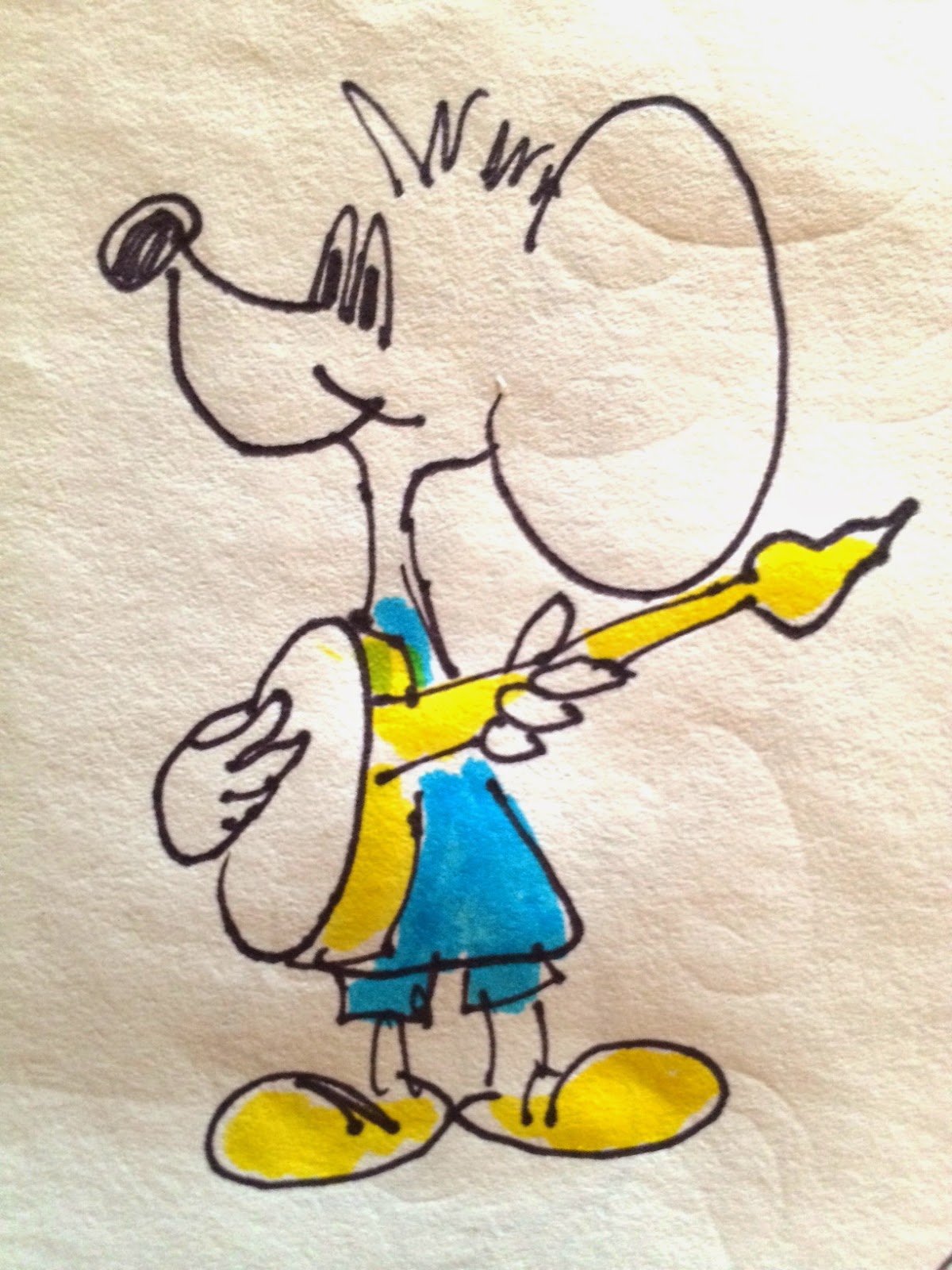 Alas, life, schedules and energy are not my friend at the moment so the project is on hold. MOUSIE HIWAY, the first of the series is about a banjo playing mouse that travels Appalachia, meeting other musicians and forming the Mousie HiWay Band. I hope to pick up the project again soon. This feels funny because I never stop anything. Ever.

The story and accompanying CD (I would read the story and have the music going on behind me until the end when the whole bluegrass band plays the song "Mousie HiWay") would introduce the sound of the banjo, fiddle, mandolin, dobro and bass to young ears in a fun way.

I'm not aware of another bluegrass-related children's book like this.

Anyway, I like the story. And the rhymes. And it's based somewhat on fact. It's true: I did live in Mousie Kentucky and Blue Moon Mountain separated the little hamlet from Hindman, KY, the county seat and yes, I traveled the hollers with my banjo.

So, here is it, read it with a tempo, find the phrasing. I'm including an early sketch of the Banjo Mouse character. You have my permission to read it to your kids if you want, but not to reprint this in anyway. Actually, it would be great if you created your own pictures to go with the story. Make your own children's book. Heck, why not? How hard can it be?

Send me pics if you do: michael@woodsongs.com

If all goes well, I hope to have a book and hold my twins in my lap someday, reading this to them.

The Adventures of Banjo Mouse in the Appalachian Mountains

Well, he and Fiddle Fox played all night long
They played a lot of tunes, sang a lot of songs
But when the sun came up they had no place to go
till they met a new friend named Doggy Dobro

But now, the whole band knew there was something still a-missin’
You could hear it so plain, you could hear it if you listen
So they mumbled and they grumbled till they figured it out
When up from a holler came Mando Mouse

Mando Mouse was Banjo’s cousin
He could play his mandolin, even when he’s runnin’
He could play it so fast he had everyone a-shoutin’
And it echoed through the hollers of Blue Moon Mountain

Now, Banjo Mouse knew they wouldn’t get far
They had a real fine band but they needed one more.
So he wondered and he pondered and he wished upon a star
And from a cabin on a hill came Kitty Guitar

But Banjo Mouse stopped and said “hey wait a minute...”
we have a real fine band but there’s something not in it
We all want to play a real big show
but the show won’t go unless we play it down low

Well, from Blue Moon Mountain to the hollers all around
the people all gathered for that bluegrass sound
and they sang and they cheered again and again
Everybody loves the Mousie HiWay Band!

Posted by Michael Johnathon at 1:37 PM No comments: