Don McLean, American Pie and the $1.2M sale of the song lyrics 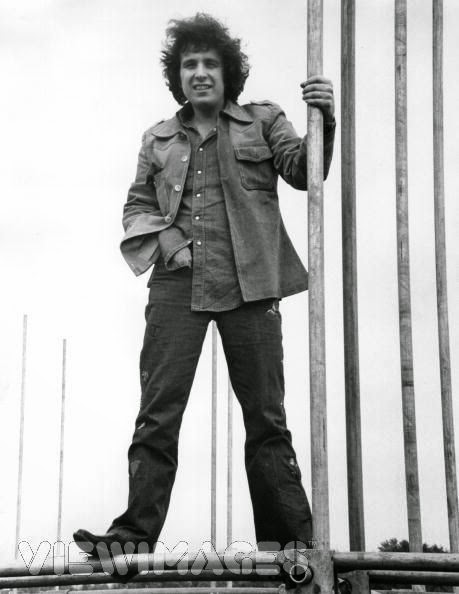 ... a young teenage boy, struggling with events of the day and a relationship with his father, found solice in the music of Buddy Holly. Delivering newspapers for his hometown paper, the Standard Star, he cut open the string holding a stack together. As the papers spilled over he saw, in the right hand column, the headline of his hero dying in a tragic plane crash.

Buddy Holly was only 22 years old.

Years later, as he began his fledgling folk music career, he was living in a quaint, small gate house in Cold Spring, NY. It was there he began sketching out the musical ideas for an epic journey through his own past and into America's future. But it didn't all happen right away. Two months after dabbling with some lyrics, a chorus appeared, almost out of nowhere:

As the thunder of the song grew louder, Don found himself performing in more cities. He already had one record out and it was time to record his  next. As he was preparing for his second album session, the record label folded and he lost his deal. Believing all will eventually work out, he kept on writing songs for this next album. Then, while in Philadelphia, lightening struck ...

... one of the final songs for this new album was the completion of the song he started in Gate house in Cold Spring: American Pie.

It was an epic rock'n'roll, folk song history lesson that was as much literature as it was music ... and it was over 8-minutes long.


Six weeks at #1, several world tours and many decades later, the news hit this week that Don decided to sell, not the "song," but the original 16 pages of lyrics and notes to American Pie ... and somebody bid an astounding $1.2 million dollars for the honor.

Since then, I've read a couple of critical stories about Don's decision to sell, most offensive was an article in the Washington Post by Justin Moyer. It was uncalled for,  no matter how well meaning he might be as a fellow writer. Heck, the headline referred to Don as "gloomy."

To Justin and any other critic of what any artist does with their property: please be more respectful. I'm sure you're a nice fellow and just trying to be interesting. But you are criticizing someone who has achieved an unbelievable accomplishment. They created something of value far beyond anything you can dream of or do yourself. Why do people feel they need to put down anyone for doing what they themselves can not?

Don McLean owns American Pie. He is the artist who created it. The man has a wife, home and children he wants to take care of and secure their future. I wonder what creation of value Justin Moyer or any other critic has that would come within a tenth of America Pie's value?

American Pie was born out of great heartache and loss, it's birth was staggered and painful. It is viewed as one of the most important songs of the 20th century and deservedly so. If Don chooses to sell the pieces of paper the ding-dang thing was written on, all power to him. He is the envy of every songwriter.

And most of America, while singing American Pie, will never know who Justin Moyer is.

Don McLean did more than the right thing.
He did the thing that was his right to do.
'nuff said.

To all the critics out there, I want to paraphrase Finnish composer Johan Sibelius:

"Fear not the words of a critic;
for no one has ever erected a statue in honor of one ..."