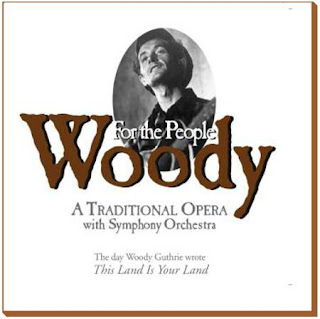 It was February 23, and a songwriter hunkered down in his small New York City apartment, grateful to be home, sitting in front of a small heater by his window with his lyric pad and guitar in his lap, finishing the lyrics to a new song.

The young folksinger had just returned home from a job in the Pacific northwest writing a batch of songs for a documentary about the Grand Coulee Dam. He made his way south to Texas for a visit with his estranged wife and children, where he decided to divorce and leave them for good.

As he made his way back to his apartment in Greenwich Village in New York City and his new girlfriend, he ran out of money. First he sold his guitar. Then, finally, he sold his car and began hitch hiking.

He made his way as far as Pittsburgh and got caught in a cold, icy snowstorm. The winds blew right through him as he walked along the highway, hoping for a ride. Soon, the freezing cold overtook him, his body temperature began dropping and he started to feel faint.

A Pennsylvania Ranger happened along and found the songwriter suffering from hypothermia, gave him a ride to his home where he fed him a bowl of hot clam soup and gave him money for a bus ticket home.

This generosity had a profound affect on the young songwriter. He considered the beauty of the roads and country he just traveled, the ribbon of a highway he just hitched rides on to make his way home. America was at war. A global economic meltdown crippled economies world wide. Influenza was killing millions and Hitler was killing more millions in Europe. A massive climatic change sent hundreds of thousands of families fleeing the dust bowls of the mid-west to California, seeking jobs promised but never realized. And yet the people, the families of this land, were still to kind and passionate for each other. Their dignity superseded the troubles they faced.

On the radio was song written by Irving Berlin called “God Bless America” which offended and angered the troubled singer. He felt the Berlin song made light of the true spirit, integrity and love of the average person. He felt people needed a song that reflected their true goodness and love for home. As he made his way home on the bus, the ticket provided for him by the kindness of the Pennsylvania Ranger, he began writing the words to a song in retaliation to Irvin Berlin’s tune.

His song would be called “God Blessed America for You and Me” but his friend, a banjo player and fellow communist and folksinger, didn’t like it.

So he changed the title.

And on February 23, 1940, Woody Guthrie completed the lyrics to “This Land Is Your Land.”

This is the setting for the Woody Guthrie opera, called Woody: For the People. The first arias of act one have been recorded with a full orchestra and fine opera singers and released to radio. I had promised someone I would give them an opera as a gift ... and within a few months of that promise, I managed to actually do it. You can find more information about the project, hear the arias, even pick up a copy of the brand new CD at www.WoodyGuthrieOpera.com

Click on the YouTube window below to hear the opening Overture and the first aria, Pennsylvania Road. The graphics will tell the storty of the opera.

If you love Woody, love opera and would like to sponsor this project on public television and have it shown in schools across north America ... email me at Michael@woodsongs.com

Posted by Michael Johnathon at 5:43 AM 5 comments: