Selma, Seeger and a Song

I think it is great that President Obama is speaking at the Selma bridge today. That is not a political view, but a human one. Fifty years ago, those marching over that bridge, those who embraced that struggle, would never ... NEVER ... have dreamed such a day as today was possible.

What will often go unnoticed was the banjo player marching along with Dr. King that day. Pete Seeger heard the song WE SHALL OVER COME at the Highlander Folk School and taught it to Dr. King, who in turn began having it sung at rallies. It was sung at Selma as the marchers were beaten and hosed down on that bridge. And it was sung by millions as the struggle for equal rights continued. It's been sung in schools and festivals and front porches around the world.

I don't think we have "equal rights" today. We are more equal-er than we were, but still there is more to do. I don't personally believe the human race is in the emotional or spiritual shape to embrace that kind of freedom.

Someday. But not today.
mj 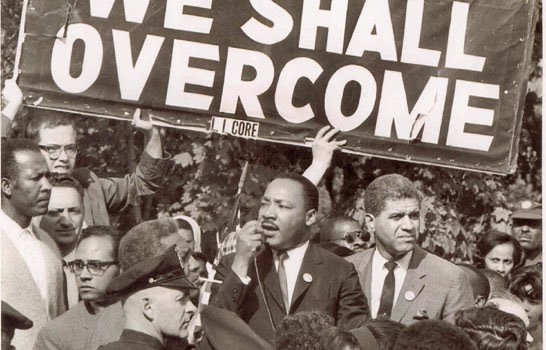 Posted by Michael Johnathon at 7:19 PM No comments: