“Peace represents a sweeter music, a cosmic melody, that is far superior to the sound of war.” - Martin Luther King, Jr.

Over 40 children were killed or injured in two schools in one single day, one in CT and the other in China.

Sometime the music community needs to go beyond what is normal. I want to suggest that songwriters and musicians take the lead in bringing their music into the schools. These kids need it. Especially now. We are living among the first generation in human history that receives art and music in a lifeless, non-community two dimensional form. Kids today rarely experience real, living music.

I'm talking about folksingers, cello players, poets, storytellers, bluegrass bands and more calling on a hometown school and offering to play a 30-minute concert ... for free. Most schools work best if you are attached to a 501-c-3 non-profit, so I am willing to "loan" anyone mine for the project.


Just send an email to: radio@woodsongs.com (put SCHOOLS in the subject heading) and we will send you a one-page PDF explaining how to do it, and what kind of concerts work best. It's easy and very meaningful.

NOTE: For those a bit timid, most schools only have time for a thirty-minute concert. That's four songs, five tops. And yes, you are good enough. 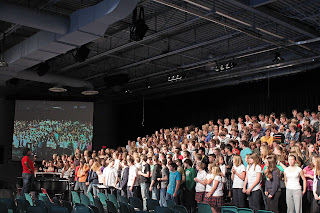 Posted by Michael Johnathon at 11:46 AM No comments: 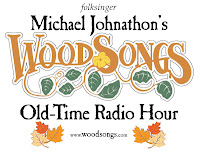